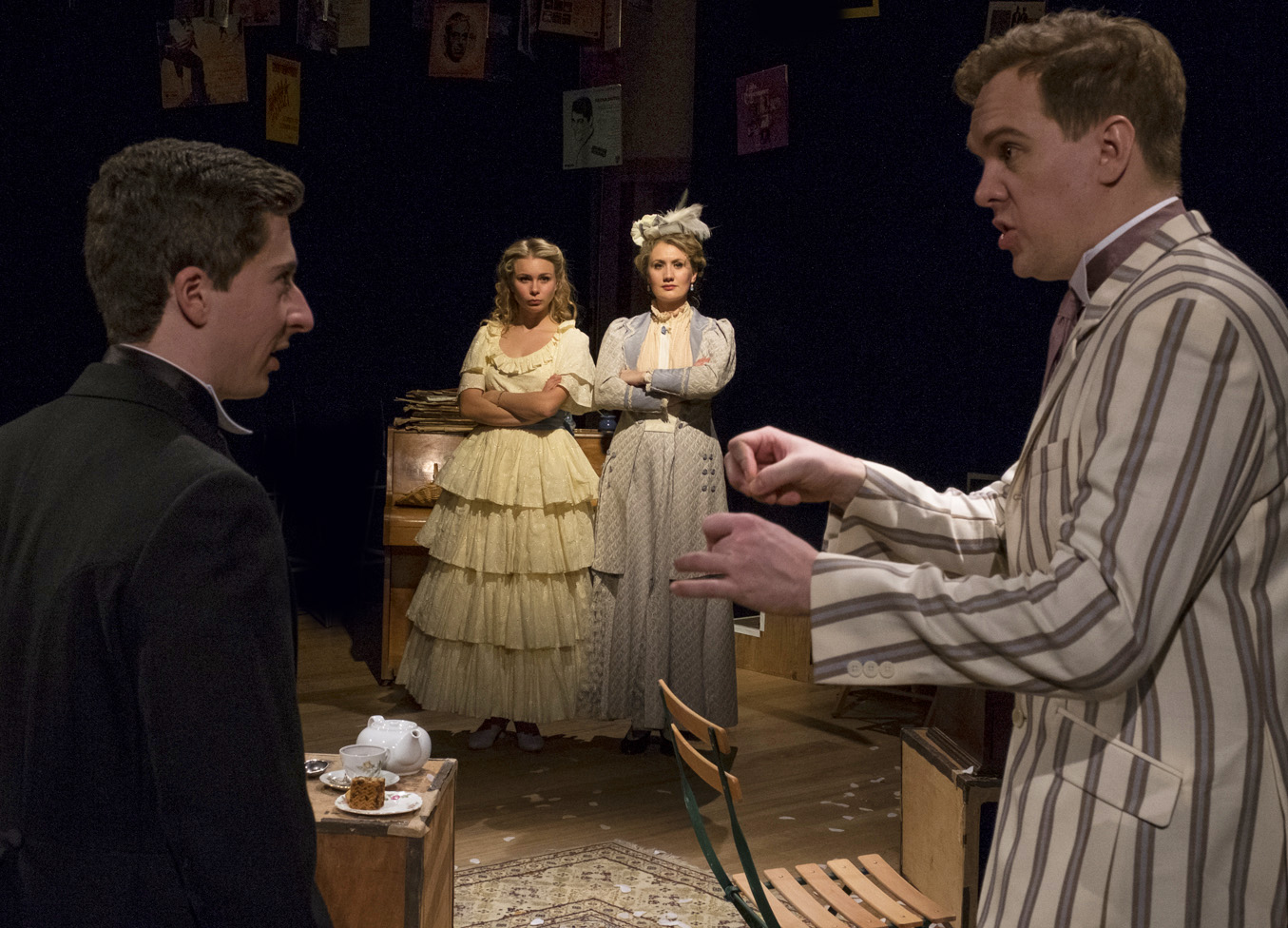 The Importance of Being Earnest

It’s been another year already??
Our beautiful venue is always a buzzing hive of activity, whether there’s a show taking place, we’re hiring out the space to make an occasion extra special for someone else, we’re hosting top notch comedy, music, or community events…the list is endless! The theatre offers something for the whole community to enjoy. Here’s just some of what we’ve been up to this year!

We started the year as we ended it – with Treasure Island! The show’s storming success brought over 3,000 to The Avenue over Christmas, and we can’t wait to do it all over again for this year’s show, The Elves!

Then it was soon time for our youth theatre’s multi-sensory show based on Suffolk’s scariest myth, BLACK SHUCK. The show enjoyed a sold-out run at the theatre and was funded by Heritage Lottery Fund as part of their Young Roots scheme.

As Spring approached nonsuchdjs threw a brilliant Northern Soul Night fundraiser for us and we opened up the venue in partnership with Savvy Wedding Planner as Suffolk’s newest wedding venue!

Next it was time for our Spring show, Oscar Wilde’s joyous comedy favourite The Importance of Being Earnest directed by Jo. The show was hugely popular and we made 250 cucumber sandwiches for Afternoon Tea!!

In May we were lucky enough to have Red Rose Chain actors Lawrence Russell and Edward Day return with their own new productions! Both Not Lady Chatterley’s Lover and Super Hamlet 64: Parody DLC went down a storm and will return here next year.

Then it was time to bring comedy back to The Avenue – and we did it in style with a quadruple whammy of new shows by Mark Thomas, Paul Foot, George Egg and James Veitch! Not forgetting a HUGE joyous fundraiser garden party hosted by the Horn Factory!

Before we knew it we were back in the Jimmy’s Farm woods once again for THEATRE IN THE FOREST! This year’s “most family friendly production you could possibly ask for” (The Daily Mirror) was Joanna Carrick’s adaptation of As You Like It, which starred our very own ‘The Elves & The Shoemaker’ cast members Ryan, Emma and Darren alongside Fizz Waller as Rosalind and Jack Heydon as Adam (not forgetting Ian the Ferrett)!

After saying goodbye to Orlando and Rosalind, we settled back inside The Avenue for more gorgeous live Jazz, Blues and Northern Soul events, some of which acted as great fundraising nights for our community work. Plus a string of sold-out Comedy Dinner Shows including an intriguing murder mystery set in Fawlty Towers for Halloween!

In October we staged ‘Some Place Better’ at The Avenue and also at Theatre N16 in London. The play was written by Joanna Carrick and Charlotte Jenkins, and commissioned and funded by Suffolk County Council. A fictional play based on the deeply personal diary Charlotte kept during her time spent growing up in the care system. The play explores the hopeful highs, confusing lows, teenage rebellion and everything in-between. We developed the show at The Avenue over the last year. Charlotte and Jo worked together to develop the script, turning Charlotte’s no-holds-barred writing into a truly unforgettable theatre experience for others to learn from and be inspired by…and we have more big plans for it in 2018 so watch this space!

In December we held our second Christmas Fayre at the theatre – this time presented by our Avenue Community Theatre (ACT). The event saw a whopping 50+ performers – ACT, our youth theatres and the company of The Elves take to the stage in a special performance. Donations on the day coupled with stall takings, bar sales and raffle entries meant we raised £980 for these groups to continue next year! Woohoo!

We finished the year with our “best christmas show yet”! The Elves & The Shoemaker rounded off possibly our biggest year so far. Join us for more fun & surprises in 2018, check out what we have in store for you this Spring below!

Spring Season at The Avenue

The Elves & The Shoemaker