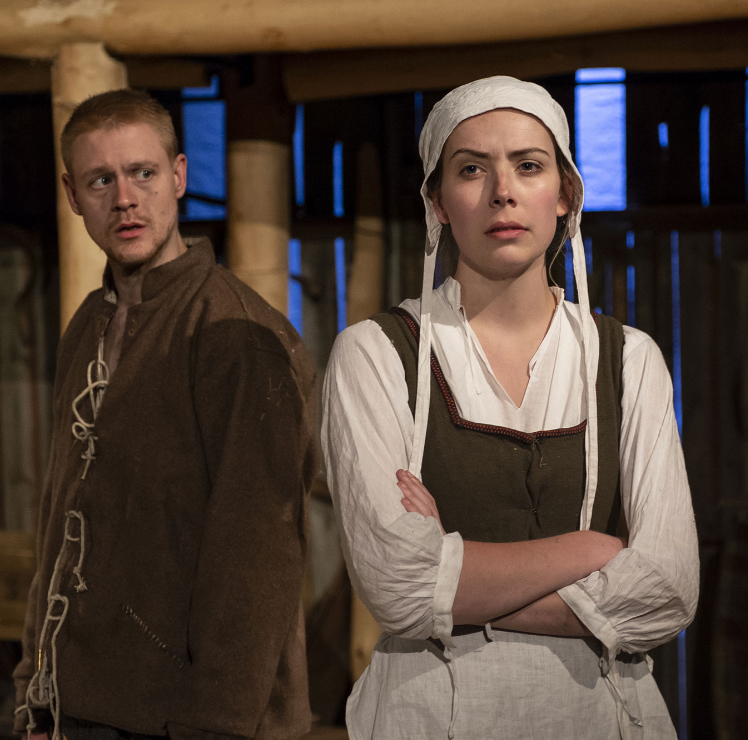 Put Out The Lights

What a wonderful year!

Our beautiful venue is always a buzzing hive of activity, whether there’s a show taking place, we’re hiring out the space to make an occasion extra special for someone else, we’re hosting top notch comedy, music, or community events…the list is endless! The theatre offers something for the whole community to enjoy. Here’s just some of what we got up to this year!

In February, we returned from a quick rest after ‘The Elves & The Shoemaker’, and shook off the post-Christmas blues with some fantastic music, with a whole range of top musicians from Jazz to Classical to Northern Soul and a very special night with 1940s harmony singers THE FEMMES – featuring Joanna Sawyer. We are so excited for their return in the Spring!

The start of a new term also meant that our community groups were back with a vengeance, with some very exciting news! Our Wednesday youth theatre were awarded a grant from Heritage Lottery Fund to develop a new show ‘Dread Zeppelin’ based on the history of WWI – which enjoyed a sold-out run in October before they brought it back one more time for Remembrance Sunday. Meanwhile our Gold youth theatre screened ‘MIDAS’ – their new short film at Big Trouble Little Pictures Festival.

In May, Jo’s powerful new History play ‘Put Out The Lights’ about the life of Alice Driver and her two childhood friends was hailed as “Faultless” 5* success by Libby Purves (Theatre Cat) and was praised by audience members too. ACT (Avenue Community Theatre) staged ‘Just A Girl’, their piece to accompany it.

More exciting news came as we were awarded funding from Arts Council England to stage a new play by Evangeline Cooke – a wonderful new writer and member of ACT. ‘The Price of Magic’ was inspired by The Little Mermaid and ran in June to great feedback!

In June/July we had epic live music from Charlie Dore & comedy from Paul Foot and Mark Thomas, PLUS a massive garden party hosted by the Horn Factory. Phew!

Theatre in the Forest –
Much Ado About Nothing

Before we knew it we were back in the Jimmy’s Farm woods once again for THEATRE IN THE FOREST! This year’s “welcome gust of fresh air” (EADT) was Joanna Carrick’s 1940s adaptation of ‘Much Ado About Nothing’, which saw a cast full of familiar faces this year! Fizz Waller and Jack Heydon (‘As You Like It’), Ricky Oakley and Oliver Cudbill – fresh from ‘Put Out The Lights’, Claire Lloyd (‘Treasure Island’) and Joanna Sawyer (‘The Importance of Being Earnest’)!

After saying goodbye to the besotted Beatrice and Benedick, we settled back inside The Avenue for more gorgeous live Jazz, Rock n Roll Blues from the Grammy Award-winning Alvin Youngblood Hart, and nonsuchdjs Northern Soul Nights. Some of which acted as great fundraising nights for our community work.

In September to October we delivered our ‘Red Riding Hood’ project. Over a 5 week period we worked in partnership with local children’s centres to bring these storytelling workshops to life with our wonderful duo Ruby & Ronnie (aka Joanna Sawyer and Darren Latham), getting local families excited about drama, storytelling and reading! This follows on from the success of our last project, The Three Bears. The project finished with a big busy day of shows (including a public one) retelling the whole story here at The Avenue. If that wasn’t enough, we also delivered a theatre project at Warren Hill Prison in the meantime, as well as NEACO drama workshops for young people in education which centered around the history of the war. Phew!

Most-recently we held our third Christmas Fayre at the theatre. The event saw a whopping 60 performers – ACT, our youth theatres and the company of ‘Alice in Wonderland’ take to the stage in a very special performance. Donations on the day coupled with stalls, bar sales meant we raised over £600 for these groups to continue next year! Woohoo!

We finished the year with Alice in Wonderland, “a complete delight” and our BIGGEST-selling Christmas show yet! The show rounded off an extremely busy year for team RRC. Join us for more fun & surprises in 2019, check out what we have in store for you this Spring below!

Spring Season at The Avenue