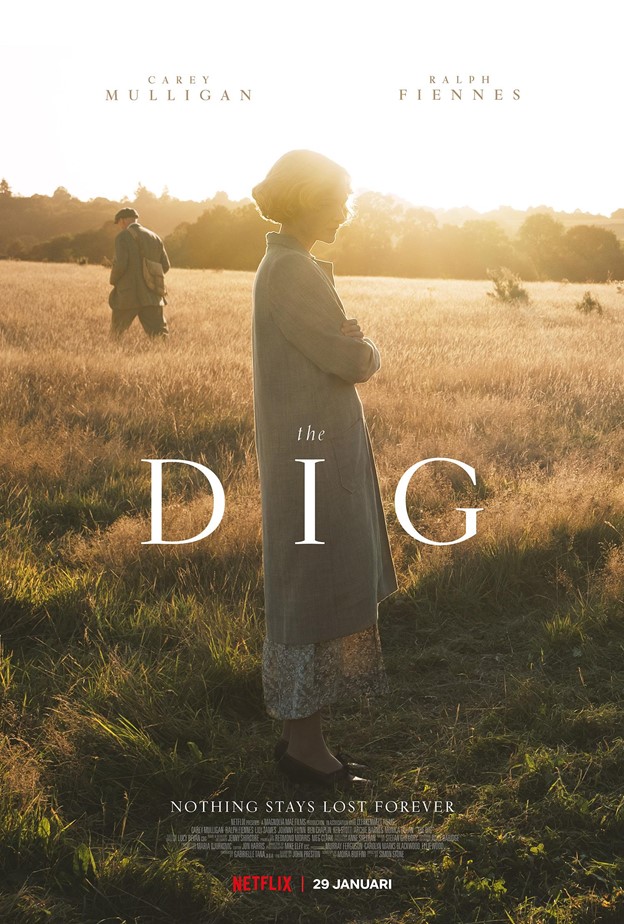 The Dig: The story of Sutton Hoo’s treasures

The Dig: The story of Sutton Hoo’s treasures

The history of our beautiful new site for Theatre in the Forest takes centre stage in Netflix’s new film!

The Dig stars Carey Mulligan as land owner Edith Pretty, who asks local archaeologist Basil Brown, played by Ralph Fiennes, to excavate the large mounds of earth on her Suffolk estate. What they uncovered was one of the most significant archeological finds of all time, an Anglo-Saxon ship and burial chamber believed to have belonged to East Anglia’s 7th Century ruler King Rædwald. Among the treasure found in the excavation of the Great Ship Burial is the iconic Sutton Hoo warrior mask that features in our Macbeth poster!

The film has received rave reviews so far as “a real tonic for these bleak winter days and night” (BBC), and right now it is at number 3 in ‘Netflix’s Top 10 in the UK’ list!

Whilst no filming could take place at Sutton Hoo due to its archaeological significance, several scenes were filmed locally in Butley, Thorpeness and Snape, showcasing the beautiful Suffolk landscape.

We are incredibly excited that we are working in partnership with the National Trust and taking up residency at Sutton Hoo with our annual Theatre in the Forest event. Our new forest site as Sutton Hoo boasts hauntingly beautiful views over the River Deben – the perfect backdrop for a magical evening enjoying Shakespeare as the sun goes down and the stars appear. We cannot wait to explore the rich Anglo-Saxon heritage of Sutton Hoo, starting with our epic production of Shakepeare’s Macbeth.

You can watch The Dig on Netflix.