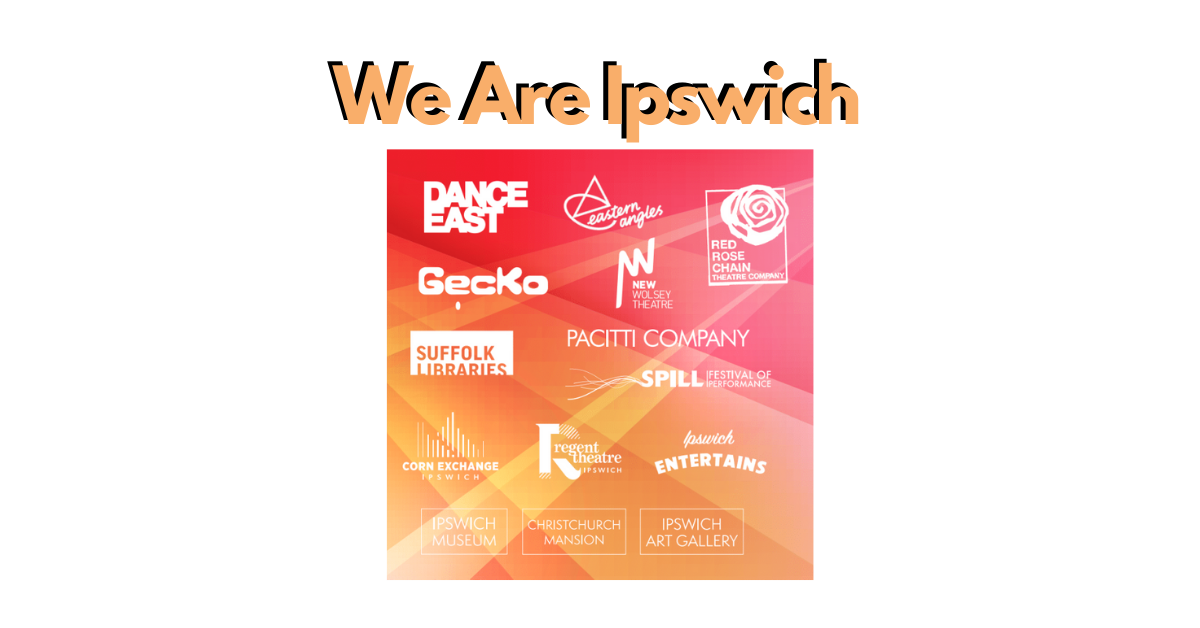 “We are a collective of Ipswich’s arts, cultural and entertainment venues.
We are dedicated to making Ipswich a world class place to live, visit and work.
We are collaborating to promote the town’s diverse cultural offer.”

– The We Are Ipswich board

A ‘love letter’ to Ipswich

In November 2017, We Are Ipswich (the collective of theatres and arts organisations in Ipswich), released their cultural manifesto for the town; setting out their mission to make Ipswich a great place to live, work, visit and invest.

Collectively, the organisations that make We Are Ipswich have created new opportunities for young Ipswich and Suffolk artists, developed home-grown shows that have gone on to tour the UK and across the world, engaged and empowered local communities, brought world-renowned art to Ipswich and contributed over £25million to the local economy. All helping to cement Ipswich as a nationally significant destination for arts and culture.

A commitment to cultural, social and economic growth in Ipswich.