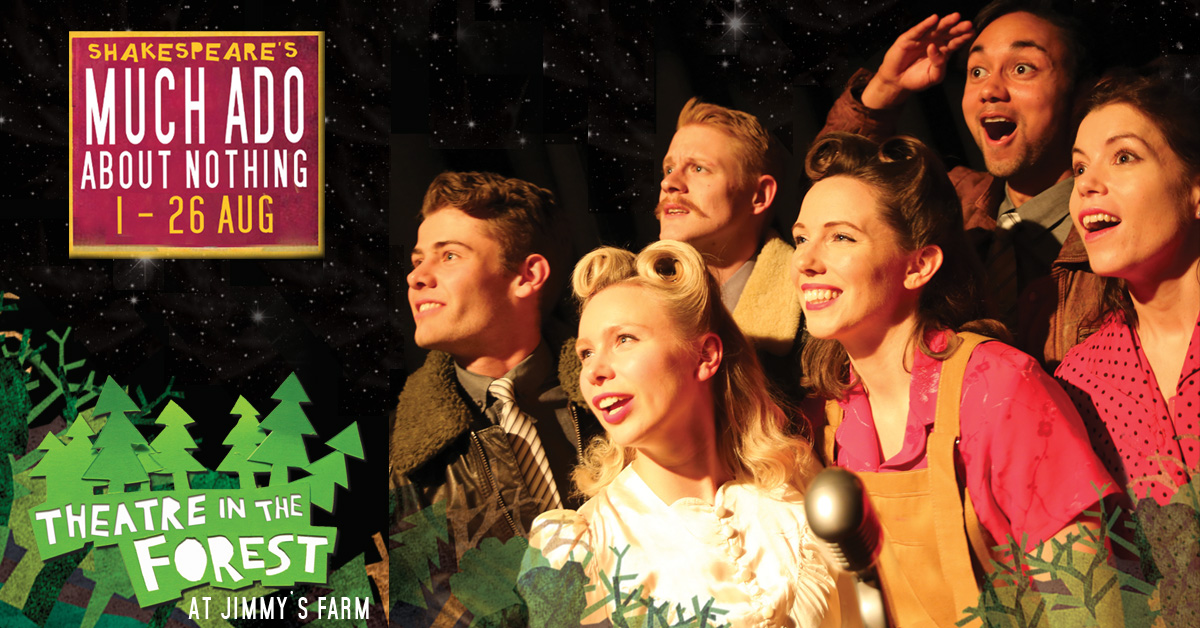 Theatre in the Forest 2018 – Much Ado About Nothing

Much Ado About Nothing

“I can see he’s not in your good books,’ said the messenger.
‘No, and if he were I would burn my library.”

Who says romance is dead?…Well that might have been Beatrice and Benedick during one of their legendary skirmishes of wit, but luckily the lovebirds Claudio and Hero have a cunning plan…So what could possibly go wrong? 2019’s Theatre in the Forest brought audiences Shakespeare’s hilarious comedy of courage and courtship to the beautiful woods of Jimmy’s Farm!

MUCH ADO featured some of Shakespeare’s most iconic couples and we’re over the moon to have a cast full of familiar faces, who brought their extraordinary musical talents to transport audiences back in time to the 1940s!

“Laughs a plenty, audience participation and you are guaranteed to leave the unique forest setting with a smile on your face.“
– Ipswich 24

“The whole production was magnificent, from the very talented cast to the enchanting setting, the show was utterly brilliant.“
– Families Suffolk

“The six young actors were superlative.
The Shakespeare play itself was raised to new heights by this production”
– Des Lewis Gestalt Real-Time Reviews

“Laugh a minute outdoor theatre at its best“
– Unscene Suffolk

“Appealing to both Shakespeare enthusiasts and novices, and both adults and children, this is an absolute must-see this summer.“
– Sarah Brandon for Ipswich Waterfront